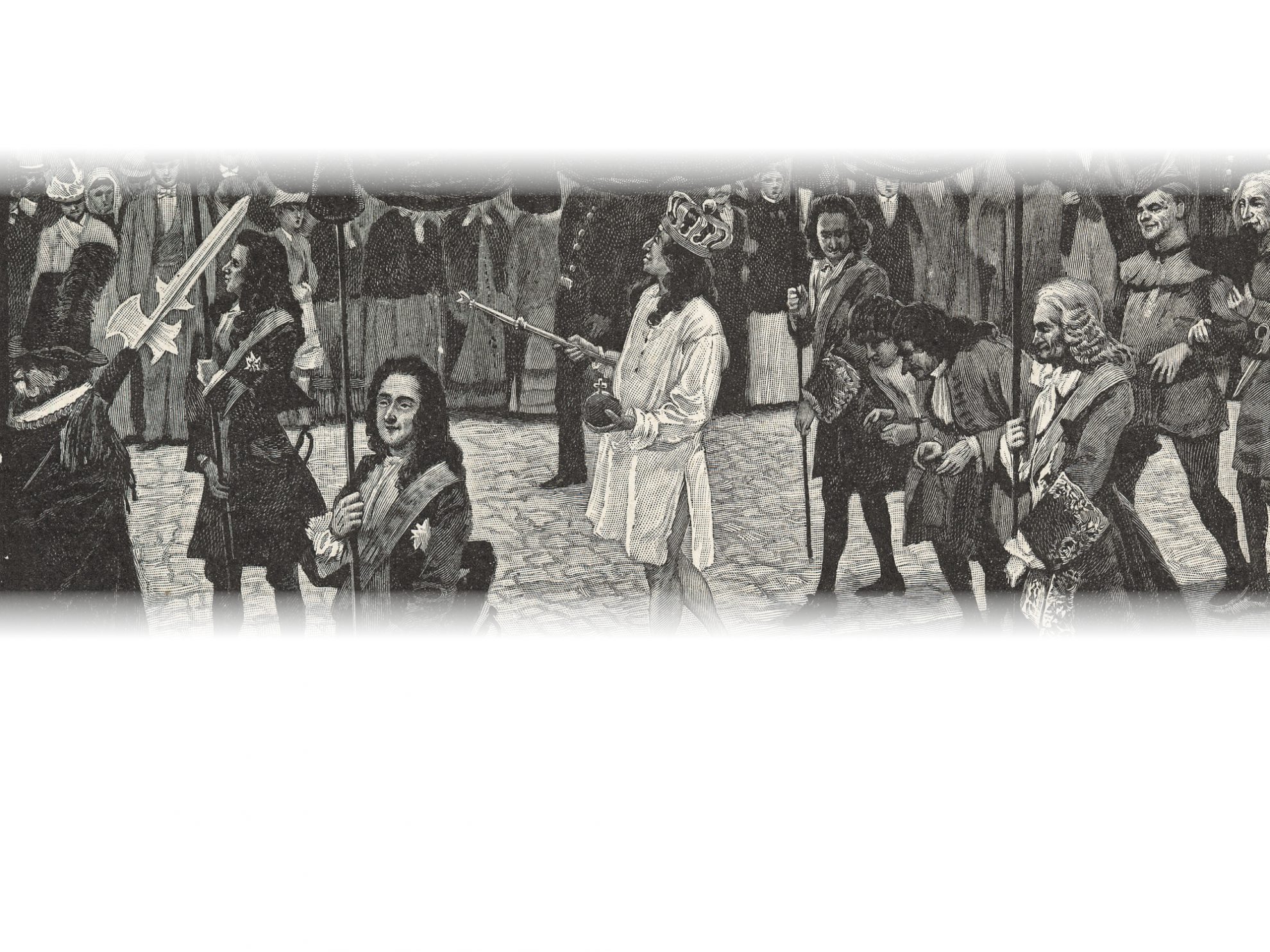 Computers and numbers, that’s a match made in heaven. The apple didn’t fall far from the skill tree when it comes to video games either, they love to quantify just about anything they can get their hands on. They even reduce emotions to a set of numerical values. The only question is whether it counts as love if you have to count it.

Coins are made for counting. You can count bullets, too. Even life and death can be quantified pretty cleanly. Things get a little more complicated, however, when you turn to the highly subjective realm of personal experience. Take art, for instance. The streaks of color on a canvas that create a painting may be the same for everybody looking at it, but our individual response to the image can vary greatly from person to person, and day to day. The German artist Josef Albers tried to address this problem by distinguishing between “factual facts” and “actual facts”. You may be able to objectively analyze every single grain of pigment on the Mona Lisa, but the effect that painting has on people remains purely subjective. It’s the same thing with feelings: you can measure the factual facts of hormones being released, synapses firing, palms sweating and hearts racing with some degree of certainty, but you can never know what something like hatred feels like to different people the moment they are experiencing it. Curiously, video games seem to have trouble accepting the obvious and have been putting a great deal of effort into translating the actual facts of emotions into the factual facts of systems and variables.

When the ancient Sumerians carved their clay tablets more than 5,000 years ago, it was to record grocery lists, not love songs. The world saw many empires rise and fall before written and spoken language developed the necessary complexity to even approximate the vibrant world of emotions. Computers, too, were not initially created to make us cry or froth with rage, although they were certainly capable of doing so with a well-timed crash. The first computers were scientific instruments created to solve equations, recognize patterns, optimize processes and run complex simulations. They were great at calculating trajectories or the fastest route to your destination, any area of expertise in which our perception of events overlaps with objective fact. There’s not a lot of room for disagreement when it comes to whether or not the chicken crossed the road, only why it did. Even the emotional responses of large groups of people are relatively predictable, allowing computers to simulate the movements of a crowd in panic, for instance. In this new millennium, however, computers and video games are after a much more ambitious goal. The fact that Sony christened the processor of its PlayStation 2 “Emotion Engine” is the perfect example of the new focus on simulating artificial emotions to evoke real ones among users.

Machines, however, remain defined by their predictable and controllable routines. It shouldn’t come as a surprise then, that the attempt to bring emotions into video games almost universally resulted in manipulative power fantasies. Seducing aliens in Mass Effect isn’t a sentimental act that risks rejection, it’s a bureaucratic effort in increasing affection stats by filling out multiple choice dialogue forms. It’s the same thing with The Sims, where love and hate are easily min-maxed through the strategic use of jokes and compliments. In the Yakuza series, buying the most expensive champagne on the menu alone will add another heart to your date’s affection meter. Emotions are reduced to factual facts here, made quantifiable, predictable and reproducible. The actual facts of the insecurity, emotional turmoil and spontaneity that go along with social interactions and romantic relationships are ignored entirely. Instead, games deal in lazy behaviorism by reducing individuals to clockwork systems easily manipulated if you know which gear to turn. Even the highly praised Nemesis system of Shadow of Mordor is a paradise for control freaks who love to manipulate others to stroke their own (alter) ego. For all of the game’s variety, the only unpredictable part about it are the randomized names of the Uruks you fight. For one of them to decide to hate you for no reason or without running into you is entirely impossible. When something happens in a game without an obvious explanation, we’re more likely to see it as a bug than a feature. Yet the very essence of emotions is that we can hardly control and barely explain them while they are happening to us. Burning an orc’s face off is not a valid form of self-expression in this context.

The easiest way to see how limited and dysfunctional the depictions of emotions in video games are, is to mirror them back on reality. The American game designer Jane McGonigal has long been advocating for gamified systems such as Nike+ and she loves to pontificate about the potential benefits of creating a “social life+” based on the same systems. It doesn’t take more than a jog through the woods to see what havoc such a focus on quantifiable results might wreak. What’s the value of clean air, green leaves and a run-in with a deer in a system that only cares about how long and how far you’ve been running? The Quantified Self considers anything that cannot be translated into hard numbers superfluous. Who cares whether you’re jogging through a national park or an industrial park? It makes no difference in terms of the factual facts of distance and speed, but a huge difference in terms of the actual facts of our personal enjoyment and relaxation. When you apply these concepts to social interactions, the results are nothing short of dystopian. “It’s complicated” would no longer serve as shorthand for the impossible task of defining and comparing relationships, but indicate an obstacle to optimized networking. Anyone who defies classification and quantification, whether by intent or by nature, is simply kicked out of the game. That’s why pick-up artists consider anyone they read as LSE/LSD (“low self-esteem”/”low sex drive”) an invalid target of their twisted game: the attempt to systematize seduction reduces those individuals to a no-win scenario. Disregarding emotional ties as a valid foundation for relationships reduces them to a jumble of variables to manage, optimize and bargain for. It’s no coincidence that the two main genres dealing in romance options and affection stats are roleplaying and strategy games. While reality lacks the infrastructure for tracking our every interaction, these genres are defined by their attempt to create systemic frameworks for the interaction of different characters. It would be a bigger challenge for these games to stop obsessing over numbers.

In a sense, video games are haunted by the specter of scientific rigor. They do not accept any events that cannot be traced back to a comprehensible framework of rules. In truth, however, their systems are closer to the philosophical concept of the Chinese Room. Based on a thought experiment by John Searle, the concept of the Chinese Room implies that it is possible to receive meaningful messages from inside a closed room without a self-aware entity on the other end. A classic example of this phenomenon is the program ELIZA by Joseph Weizenbaum, which simulates psychotherapy sessions. Even though many users are left with the impression that ELIZA really gets them, all the program actually does is rearrange user input into follow-up questions. ELIZA doesn’t know how you feel, it only knows how to turn “I am sad!” into “Why are you sad?” In the same way, the fact that video games and their characters affect us emotionally does not imply that they have created a coherent framework for feelings. With this in mind, video games might do well to abandon half-baked factual facts to focus on creating convincing actual facts. Take modern adventure games like The Walking Dead, for instance: the game sells the idea that our choices matter, that they are being tracked and tallied behind closed doors, simply by claiming that they are. This makes you agonize over every decision you make on your trip through the zombie apocalypse, even if you discover on a subsequent playthrough that Clementine will, in fact, not remember that. Video games have learned how to lie and it’s working pretty well.

The British development studio thechineseroom clearly took inspiration from John Searle’s thought experiment for their name, but they didn’t stop there either. Both Dear Esther and Amnesia: A Machine for Pigs are radical exercises in minimizing mechanics. The games still provide us with meaningful messages, but make it impossible to tell what systemic framework, if any, they are based on. The relationships of their characters, the role of their players, their emotional tones – all these aspects can be understood through imagination and interpretation, but not examination or enumeration. Just as the written word made its way from inventories on clay tablets to the overflow of powerful feelings recorded in poetry, so too are video games discovering their poetic potential. For poetry is the ultimate form of reduction, of leaving things unsaid and allowing readers to fill the gaps in the text with their own imagination and their own emotions. Ico and Shadow of the Colossus are considered masterpieces in part because they managed to create an empty canvas for players to project their own emotions onto. We do not feel guilt over the death of a colossus because the game subtracts points from our morality meter, but because it provides no points of reference that would allow us to get our moral bearings. Players are left to grapple with the question of why they kill these creatures on their own. Yorda grows on us the same way, not because we buy her expensive champagne, but because of such a small gesture as holding her hand, which is the only clue we are given as to our relationship status. Thank god, “It’s complicated!”

Critics of such minimalist game design like to cite the fairy tale of The Emperor’s New Clothes. They insist on more games cut from the same visible and countable cloth of familiar mechanics. Dear Esther and Ico are simply naked, according to them, but everyone’s too embarrassed to admit they’ve fallen for a cheap trick. Perhaps it’s the other way around though. Perhaps quantification and rulesets are the real scam, trying to pass cold, hard numbers off as love and hate. Perhaps the criticism that is thrown at mechanically sparse games has less to do with their quality than with fear over the perceived loss of emotional control. Perhaps actual facts are lies, but sometimes a well-told lie is the closest thing we have to getting the naked truth.

Christian Huberts likes to count the grey hairs in his beard, the years until the release of The Last Guardian and the views on his blog www.schauanblog.de.